What are Problem Behaviors and What Causes Them?

School is an important environment for an individual to socialize and develop communication skills. After family environment, the second most important place for individual to develop is school. Here, if the child receives the right education and successfully communicates with his teacher and friends, his personality will be positively completed and he will acquire various skills like reading and writing.

However, pre-school and school age children can show some behaviors that hinder their education and communication. These behaviors that prevent the child from receiving education, developing social skills and badly affect the environment he is in are called problem behaviors. A child that has problem behaviors should be guided carefully and in a right way, with the help of an expert if needed. 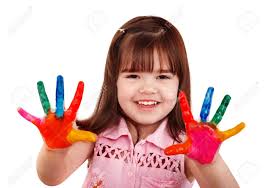 What is Problem Behavior?

Problem behaviors are continuous behaviors that hinder social relations, communications and learning of a child and cause harm to them, their families, their peers and other adults. Although they show themselves as tantrums and tendency to violence, some cases may also show reactions like long sobbing fits. Unless the problem behaviors are eliminated, it would be impossible for the child to complete his development.

Problem behaviors, first of all, prevent the child from using his current skills. Children with these behavioral patterns bear the risk of losing their skills because of not putting them into practice. For instance, a child that has the ability to eat with fork and knife show problem behaviors, he will use the fork and knife to make loud noises rather than eat.

Besides preventing children from using their skills, these behavior patterns also prevent them from acquiring new ones. Because children with repetitive problem behavior will not be open to acquire new skills with experience or teaching, their tantrums and other reactions due to the behavior will hinder these.

Tendency to harm is also seen in children with problem behaviors. The child is prone to harm themselves or others close to them and this poses a serious danger. Many children are known to harm themselves by taking harmful behaviors as habits like hitting themselves, throwing them on the ground and likes and have tantrums more than often.

A child that has problem behaviors will naturally not fit into his environment. Repetitive behaviors like screaming often, making noise by hitting objects, trying to hurt people badly affect the child’s adaptation to his environment. This creates a major risk in terms of social development of children. Because these repetitive behaviors will prevent children from getting attention from their peers and making friends with them.

Children with problem behaviors may pose a danger for themselves and their environment. These children are highly prone to be harmful. They can hurt their friends, adults, themselves, people they do not know with various objects. They may also feel the need to disturb people constantly.

What Are The Reasons to Problem Behavior?

Most of the behavior patterns that are called problem behaviors occur during pre-school or school age. This results from the child spending time in a new environment other than usual parent environment and spending time with people for the first time. Many problems may arise in this period and they may cause the child to acquire problem behavior patterns.

Family Factor: Researches show that problem behaviors are majorly caused by the features of the family. Even though the child is not directly subjected to violence, when the person that the child takes as role model raises his voice of yell, problem behaviors may be caused. It is known that children in family environment where arguments are common have problem behavior patterns.

If physical or psychological violence is in question in family environment, it is impossible for children to not have problem behaviors.

Mass Media: Mass media like TV and Internet are extremely influential on children to have problem behaviors. Even a regular advertisement can adversely affect the child or cause him to acquire a wrong behavior as a role model. A considerable part of cartoons airing on TV has violent content. Also, cartoon characters can be bad role models for children and cause them to develop problem behaviors. It is known that children spending a long time watching cartoons exhibit various problem behaviors.

Devices that have Internet connection or games on them like computers, tablets, phones may also cause problem behaviors in children. Children’s interaction with these kinds of devices should be limited and programs, games, or applications they use should be under parents’ supervision. Children should be kept away from violent games regardless of their levels and should be guided towards mind developing games.

Factors Related to Teacher: If the teacher-student relation is advancing in the wrong direction, children may show negative behaviors. When teacher is indifferent to the child, speaking in an inappropriate manner, practicing physical or verbal violence children may develop problem behavior. Especially when teacher is an element of fear for the students, developing these kinds of behaviors would be inevitable.