Speech impediments (or disorders) can cause breakdowns in this interaction, and frustration in people as they cause them difficulty with verbalizing information and feelings.

However, there are a number of ways to treat speech disorders. Speech-language pathologists and other professionals can work with patients to overcome the symptoms and people with speech impediments can learn techniques to get past these barriers.

What is Speech Impediment (Speech Disorder)

Speech impediments, or commonly referred to as speech disorders, are conditions that affect an individual’s ability to speak fluently. These can cause the individual to not be able to communicate their thoughts or feelings correctly or with a clear tone. Individuals with speech impediments may have trouble with forming words or sounds that are understandable. This in turn creates difficulties in communication.

According to the National Institute on Deafness and Other Communication Disorders data of 2015, around 1 in 12 children in the US aged 3-17 has a disorder that is related to speech, voice, language, or swallowing.

There are various types of speech disorders. These affect people of all age groups. We have gathered some of the most common speech impediments.

Stuttering is a speech disorder where the flow of speech is interrupted. It is also called diffluent speech or stammering. With people who stutter, repetition can occur when they involuntarily repeat sounds, words, or vowels.

People who stutter can encounter blocks during speech, where they know what they want to say but they have difficulty making the corresponding speech sounds. It may feel like their words are stuck. People who stutter may also stretch particular words or sounds.

The symptoms that come with stuttering may differ depending on what the situation is. For some people, certain words or sounds can make their stutter more severe. Also stress or frustration as well as excitement can cause stuttering to become more pronounced.

Developmental stuttering and *neurogenic stuttering *are two main types of this condition.

Among common behavioral and physical symptoms that accompany stuttering are

Aphasia , impairment of language, happens when the production or comprehension of speech as well as the ability to read or write is affected. It is always the result of an injury to the brain. Most common reason for aphasia is stroke, especially in older individuals. Aphasia could also be caused by a head trauma, infection, or brain tumors.

This disorder impairs the expression and understanding of language. It may affect mainly a single aspect of language where the ability to retrieve the names of objects is affected However, more commonly, various aspects of communication can be impared.

When we decide to speak, our brain sends signals to the related structures in our body. These work together to produce speech. Most of our brain’s involvement in speech is automatic and unconscious. These structures receive instructions from our brain to move in a certain way to form the appropriate sounds, like our vocal cords opening and closing, our tongue moving, and our lips shaping.

Apraxia is a general term that is used to refer to a brain damage that causes a person’s motor skills to not function properly. This can affect any part of the body. Apraxia of speech refers especially to the impairment of motor skills that help a person to be able to form sounds and speech correctly. With apraxia, the ability to coordinate a target set of muscles is lost despite those parts of the body being healthy and the person knowing what they would like to say.

When a child has apraxia of speech, the signals their brain sends do not get through correctly. This doesn’t mean that the child doesn’t know what they want to say. They may not be able to move their tongue or lips in the right way to produce speech even though their muscles are healthy. The problem is the way that the brain sends messages to tell the mouth and the muscles to move.

CAS is also sometimes called verbal dyspraxia or developmental apraxia. However, although there is the word ”developmental” in the name, this is not an issue that the child will outgrow. Without treatment, the child may not make progress and children with CAS may not learn speech sounds in typical order. However, through correct interventions, the child’s speech can improve.

Similar to ASD, not all children with CAS are the same and they may not have the same symptoms. Some of the symptoms are as follows:

###Dysarthria We use a lot of muscles to talk, including the muscles in our face, tongue, throat, and lips. When these muscles don’t work or are weak, it becomes difficult to speak. Dysarthria is a speech disorder type that occurs when the muscles are weak.

This disorder is a motor speech disorder, and can likely be caused by brain damage or damage to the nervous system. Certain diseases that affect the nerves controlling certain muscles can result in dysarthria. It can cause the muscles we use to speak to be damaged or weakened.

Dysarthria can occur with other speech and language problems like apraxia and aphasia, which is difficulty in understanding what others say or telling others what you are thinking. The disorder can be developmental or acquired. Developmental dysarthria occurs either before a baby is born or at birth due to brain damage. Children typically have developmental dysarthria. Acquired dysarthria occurs due to brain damage that happens later in life, such as a stroke or a brain tumor. Adults tend to have acquired dysarthria.

There are two types of dysarthria based on the part of the nervous system it affects.

The disorder can make speaking very difficult, and may cause the following symptoms: 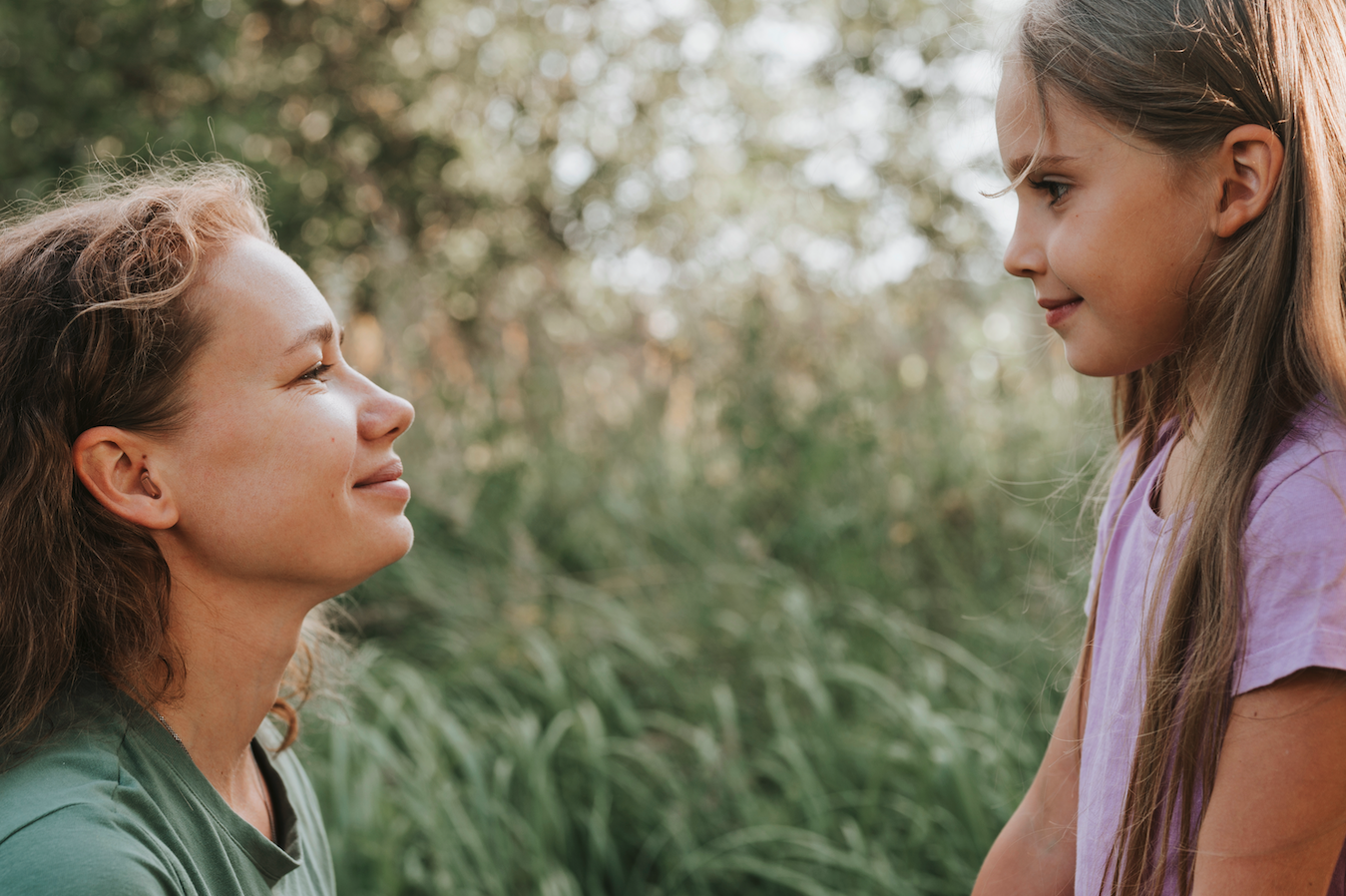 Mental health and neurodevelopmental issues may also cause speech disorders. Some speech impediments are related to the clinical conditions: Here are a couple of them:

It is also known that some speech impairments may be genetic, for instance if a parent or sibling have experienced language or speech problems. Premature birth, difficulties during birth, pregnancy complications, voice overuse, chronic coughs may also cause speech impediments.

##How to Fix a Speech Impediment in Children

For children, typically a pediatrician, a teacher, or other concerned party will be the ones to recognize symptoms of speech disorder. Since these people frequently deal with speech and language conditions, they will be more familiar with the symptoms and what to recommend to the parents and their child.

A physician will do the following tests and evaluations to determine whether your child has a speech disorder:

Professionals that are in the field also include speech-language pathologists. They can assess, diagnose, and treat many communication disorders. These include speech disorders in both adults and children.

A speech-language pathologist (SLP) may also conduct an initial screening to determine whether your child has a speech disorder. They may assess the speech sounds in words and sentences, oral motor function, and language comprehension.

After the initial screening, if the speech symptoms are found to be developmentally appropriate, no action may be taken. However, if the professional suspects a disorder, then your child may be referred to receive speech sound assessment, audiology evaluation, or any other medical services that are needed.

After the evaluation, if the type of speech disorder your child is determined to have is identified, treatment can begin. Treatment consists of multiple approaches with a combination of therapy, exercise and assistive devices to treat speech disorders. These are conducted by a speech-language pathologist.

There are various types of treatments available for children with speech impediments and they can consist of speech therapy exercises focusing on building familiarity with certain sounds or words, or physical exercises with a focus on strengthening speech producing muscles. Here are some of them :

Contrast Therapy: This approach is used to improve speech by emphasizing the phonemic contrasts. These are used to differentiate words. Minimal opposition words, such as ”zip” and ”pip”, or maximal oppositions, such as ”man” and ”fan”, are examples for these words.

Target Selection: In this approach, specific sounds or words are selected so that the person can familiarize themselves with speech patterns. For instance, difficult words that cause disruptions in speech can be included in this therapy’s target.

Oral-Motor Therapy: The goal of this type of therapy is to strengthen muscle, improve oral control as well as breath control to improve articulation. The approach uses non-speech exercises to support and supplement sound therapies, and can help children develop their fluency.

Assistive Devices: Professionals may also recommend use of assistive devices. For instance, ear devices are electronic aids that are fitted inside the ear canal to help improve the fluency in people with stutter. Augmentative and alternative communication (AAC) devices such as picture boards and speech-generating devices also aid the child in their speech and communication.