What is Augmentative and Alternative Communication (AAC)?

Many people on in the United States have some sort of speech disability that affects their day to day lives, such as people with autism. Augmentative and alternative communication is a bundle of strategies to address the needs of individuals with disabilities who struggle with speech-language production, comprehension in spoken and written modes. AAC strategies include many forms of communication that can be used to express needs, ideas and thoughts. These strategies can be a supplement to existing speech or they may replace not-functional speech. Augmentative and alternative communication can be benefited when the individuals are non-speaking or their natural speech doesn’t meet their needs. Individuals with congenital disorders like autism use AAC to not only represents their language, but it is also a tool to help them be expressive and receiving. AAC is augmentative in that when it is used to supplement existing language. It becomes alternative when it is used in place of speech that may be absent or not functional enough.

Augmentative and alternative communication systems can be categorized into two sections as Unaided and Aided. Unaided AAC includes those we use, along with spoken language, that do not require any external tools, such as gestures and sign language. However, some research shows that these are not an appropriate intervention for children with autism, as they may be ineffective.

Another system is aided AAC. These systems use external tools and devices. Aided systems also divide into two categories as high and low tech systems. Low-tech systems have AAC strategies that involve the use of equipment that is not electronic. These tools are often paper-based and contain books and charts. Low tech AAC includes Communication Boards, Picture Exchange Communication System (PECS) and PIC. Electronic equipment allow the users to make use of pictures and letters to create messages. Some of the devices can be programmed to speak.

This system is a form of AAC. Through it, a child can be taught to communicate by receiving picture cards. It is based around the idea that a child who has trouble with speech, can learn to communicate through pictures. PECS was first designed to help non-verbal children with autism speak, but today it can also be used by adults and younger individuals to deal with many communicative difficulties. 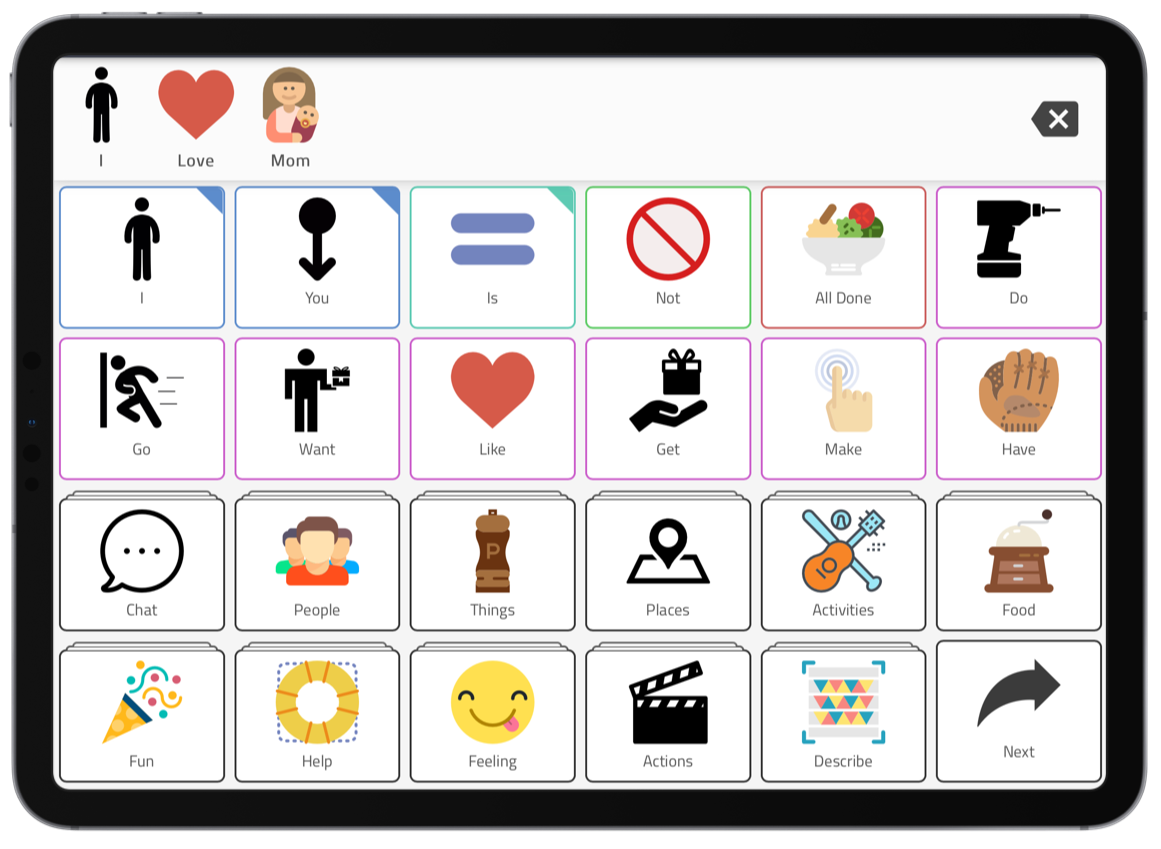 The Goal of Using AAC

Communication is a basic human right. Every individual should be able to independently express themselves. With the use of Augmentative and Alternative Communication, children with autism can overcome the difficulties they face in the classroom, work, and community by cracking the code of spoken language. The more expressive they become, the more comfortable they are with meeting the goals stated in their IEPs.

The aim is to get AAC users to be able to produce spontaneous, novel, functional communication. With a better-spoken language, they would exhibit positive behaviors towards their environments. There are so many opportunities missed due to speech difficulties, but with the use of AAC, a better communication mode can be utilized in a way to create a better future. It can be used in a way that benefits individuals with autism are very good with visuals and they thin visually as well. It can present language in a visual manner for them to remember.

Does it really work?

There are many scientific findings that support the benefits of high tech AAC. According to a research (Autism Spectrum Disorders and Augmentative and Alternative Communication: From Research to Practice, Cafiero, Acheson, & Zins) %89 of subjects involved with AAC showed an increase in speech production. “Some communication modes such as speech, sign, and gestures are transient and difficult to process by children with ASD” (Hodgon, 1995). “Functional spontaneous communication is the single most important and life-enhancing skill for individuals with ASD. AAC interventions provide the support for the development and realization of this skill.”

According to a Cafiero & Delsack study, the assumption should be that an individual with ASD is capable of communication by receiving and generating it. Doing the otherwise, depriving the person of the tools, devices and other opportunities of AAC would be the opposite of beneficial. “AAC interventions should support independence, social connectedness, and integration into every aspect of the human culture: school, home, work, life and community.”

It is of crucial importance to provide individuals with ASD the tools they need in order to be functional communicators. There are a lot of opportunities they can pursue once they are believed in.

Screen Time for Kids: A Guideline for Parents

Special Education Insurance Coverage Guide & Tips in the US

Celebrate This Holiday Season with Brili and Otsimo!